I qualified from the University of Liverpool with honors in 2001 and went on to complete a three year surgical training program. After gaining membership to the College of Surgeons of England I changed focus towards family medicine. I have worked as a physician in England, Ireland and Canada. I have been with the Medical Arts Centre since May 2012 and truly believe it is the most dynamic and progressive practice I have had the pleasure to work in. We have two amazing children who are our life and feel that Nanaimo is our home with so much to offer young families. In my spare time I have participated in a number of ultra distance races.

This was followed by 16 years in Family Practice in South Africa, while pursuing an interest in acute medicine. In 1997 I spent a six-month sabbatical in Cambridge (England), where I did The Certificate of Equivalent Experience in Family Medicine (Royal College of General Practitioners), and the Diploma in the Faculty of Family Planning (Royal College of Obstetricians and Gynaecologists). From that time, I worked and trained in Emergency Departments in Cape Town and the UK, while doing all the Advanced Life Support courses, and the Diploma in Primary Emergency Care (College of Medicine of South Africa) 2001.

I was Head of the department of emergency medicine at the University of Cape Town from 2001 until 2006.
In October 2006, after a visit to Vancouver Island, we decided to immigrate to Canada, and began the process. I started at the Medical Arts Centre in May 2007.

Having been raised in Nanaimo I was very excited at the opportunity to complete my family medicine training here at the Medical Arts Centre and NRGH. After residency I spent six months working in a variety of settings before taking over an existing practice at Medical Arts in 2015. I have a young family and we are looking forward to expanding out roots here in Nanaimo for years to come.

I am from Saskatchewan and have worked as a registered nurse for over 20 years. I have completed the registration requirements for nurse practitioner and have the honour of being the first Nurse Practitioner working in Nanaimo.

My role as nurse practitioner allows me to see patients independently, order labs and radiology, write prescriptions and make referrals to specialists or other GPs if needed. I have been at Medical Arts Centre since 2007.

I have a Bachelor of Science in Nursing, University of Saskatchewan, a Masters of Nursing, Athabasca University, Alberta and am Registered as a practicing Nurse Practitioner, family stream with the CRNBC (College of registered nurses of BC).

I trained in London, England gaining my medical degree (MBBS Lon) in 2003; I then completed a 5-year family medicine rotation in Portsmouth, England. I am a diplomate of the Royal College of Obstetricians and Gynaecologists (UK), a Member of the Royal College of General Practitioners (UK). Since moving to Canada I gained my Medical Council of Canada Exams (2009) and obtained my Certification of the Canadian College of Family Physicians in 2010 (CCFP).

I moved to The Medical Arts Centre in October 2008 and enjoy all aspects of family practice. I am passionate about teaching and using information technology to improve modern health care. I am the Family Practice Resident co-ordinator for the practice, I am a founding board member of the Nanaimo Family Practice Division and am a member of the Steering Committee for the BC governments’ Electronic Medical Record adoption program (PITO).

I enjoy spending time with my young family, woodworking, camping and being outdoors, I’m currently learning to play hockey!

Medical Degree from The University of British Columbia in 1989 following which completed an internship at The Greater Victoria Hospital Society and moved to Nanaimo to join The Medical Arts Centre in January 1991.

Graduated 1999 Sheffield University, UK. Postgraduate training as a GP in Lincoln, UK. Worked as a single-handed GP until 2007 before my move to Nanaimo.

I graduated in 1996 from UBC after completing a Bachelor of Science, Honours in Biochemistry. I completed the Family Practice Residency and obtained by CCFP through Victoria from 1996-1998. I have worked in Nanaimo, Victoria, and the Queen Charlotte Islands.

Born and raised in Nanaimo, I started medical training after working one year as a teacher. Medical Arts was actually my clinic as a baby and I was thrilled when I had the opportunity to train here during my residency as well. Over that time, I have been able to develop my skills and interests and now offer a full service family practice with specific interest in Obstetrics and Maternity care. I am also excited to get involved with medical education and training of medical students and residents. I live here now with my wonderful wife and young son (along with our “fur babies”, 2 cats and a dog). I enjoy tennis, soccer and playing music.

I grew up on an orange farm in South Africa, In 1977 I graduated from Stellenbosch University. (MB;ChB) Worked in Northern Manitoba for over 10 years, Involved with First Nation Health in Norway House and Cross Lake. I also did emergency work in Thompson. During this time I obtained my CCFP qualification. I moved to Nanaimo in 2012 with my family to escape the mosquitoes. I really enjoy working in such a friendly community and clinic.

I moved here from the UK over 2 years ago where I worked as a family doctor for 14 years in a busy market town called Nottingham.
My wife, 2 children, 2 dogs and I wanted adventure and the opportunity to live in a beautiful country with mountains and oceans. After discovering Nanaimo we moved ourselves here.
My passions include mountain biking and hiking. We have started kayaking and now we have bought a canoe and are truly settling to life on Vancouver Island.

I originally grew up on Vancouver Island before moving to Alberta in my early teens. After working for a few years I returned to BC for my schooling where I went to SFU for an undergraduate degree before UBC for Medicine at their Kelowna campus. I then completed my Residency training in Nanaimo and decided to stay and take advantage of the fantastic medical community, outdoors access, and because it’s a great place in which to raise my two kids!

Grew up near Cape Town South Africa. Emigrated to Canada in 1991 and started my career in Abbotsford. The Island lured me away in 2019 to join other family members. 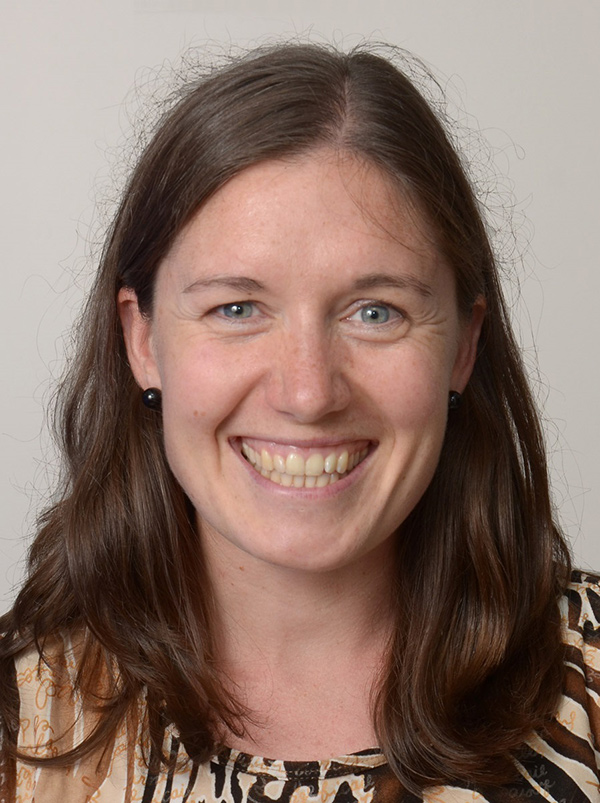 Received my medical degree from the University of Calgary. Outside of Medicine, I spend time with my husband climbing mountains, running trails, swimming lakes and surfing. We are very much enjoying island life. I’m incredibly grateful to the community of Nanaimo, and to the medical Arts staff and patients.

Medical Arts is passionate about teaching and medical education, we have (currently) 6 residents at our clinic. These residents are fully qualified medical practitioners with an MD degree.

They spend 2 years doing advanced medical training with the preceptor physicians at the Medical Arts Centre to ensure they are ready for full independent practice. We have both first-year and second-year residents. 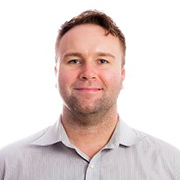 Born in Victoria but raised in Nanaimo, I feel like I’m only a stone’s throw away from the neighbourhood I grew up in. No matter where you go, you can’t seem to escape the beauty and hospitality island life has to offer. It was while obtaining my bachelor’s of science degree at Vancouver Island University that I developed my passion for medicine. Prior to attending medical school I had the opportunity to travel to various parts of the world to participate in humanitarian work, which allowed me to be absolutely certain that medicine was the career for me. After graduating from the UBC Island Medical Program, I knew family medicine was the perfect fit. You will most likely bump into me at the various parks and trails around town with my new puppy, or hear me laughing at Nori Sushi on a Friday night. I am honoured to be working alongside the staff and physicians at the Medical Arts Centre and look forward to serving my fellow islanders. 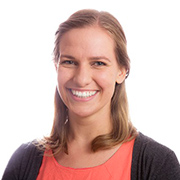 I was raised in the small town of Ucluelet, BC then ventured off the Island to study at SFU in Burnaby. I competed with their Women’s Wrestling team while completing my Biomedical Physiology degree. I spent one year working in biomechanics research and working as an assistant in a chronic back pain clinic before starting my medical degree at UBC Okanagan in Kelowna. I love the outdoors and can be found biking, climbing, skiing and picknicking in my spare time. I’m ecstatic to be back on the Island closer to my family with the privilege of completing my training with the excellent staff here at Medical Arts. 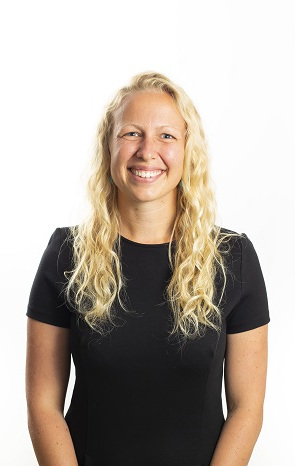 Born and raised in beautiful Victoria BC. Undergraduate training in Bachelor of Psychology and Biology from the University of Victoria. Volunteering experiences that include helping the homeless in Victoria, health education in local penitentiary. Particularly interested in obstetrics, mental health, prison health and indigenous health. 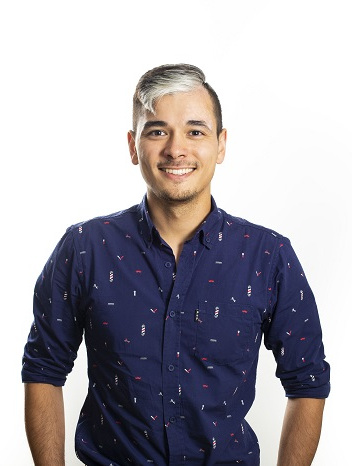 Raised in Vancouver. Undergraduate training at Simon Fraser with BSc in Health Sciences.
I love the outdoors, playing soccer, volleyball, cycling and snowboarding. Other interests include singing, playing the guitar and technology. I am thrilled to complete my residency with the Medical Arts.